»Malmsturm – The Foundations« (Malmsturm 2. edition) is the successor to »Malmsturm – Die Regeln« (Malmsturm 1. edition, only available in german) and contains everything you need to play a campaign in the Sword & Sorcery setting »Malmsturm«, besides (the freely available) Fate Core system, which provides the core rules of play.

In our online shop we offer all kinds of interesting stuff concerning Malmsturm. The books itself will, as soon as they’re released, be available in your FLGS, book stores (the cool ones, which are aware of the tabletop RPG market, otherwise there is always the option of online mailorder) and probably our yet-to-be-announced distributor’s online shop.

Malmsturm: Fantasy in the vein of classic Sword & Sorcery  – for Fate Core

Malmsturm reaches far back to the dawn of modern fantasy: To the days of barbarian adventurers that prowl the lithic jungles of human civilization, like noble beasts of prey. To a time of ingenuity and indomitable will, stopping not even at the edges of the world or the gates of madness. This is a fantastic world of classic Sword & Sorcery as it was envisioned by Robert E. Howard, Clark Ashton Smith, Fritz Leiber and C. L. Moore – the world of Malmsturm. 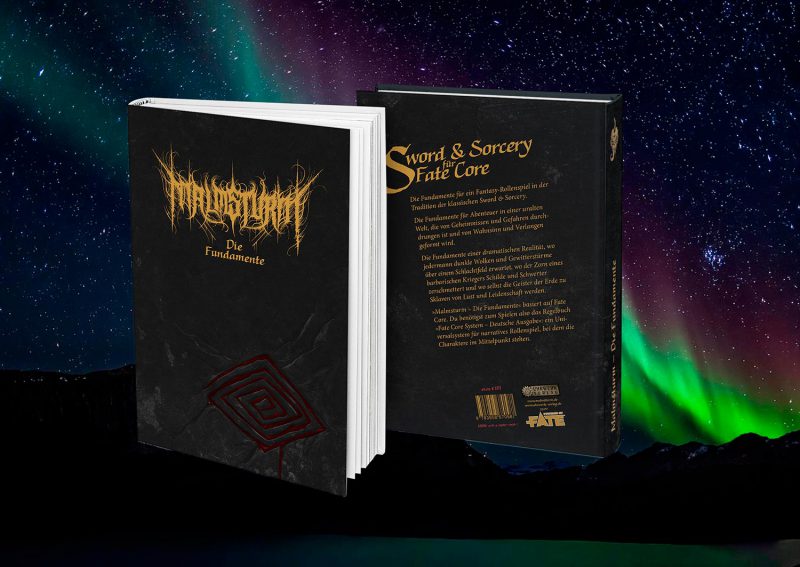 Malmsturm presents an ancient world, with realms not only separated by nearly insurmountable mountains, deserts and oceans, but also by the consequences of decadence and decay:

Other, even stranger far-off regions of the world await the few foolhardy travelers that venture into the unknown expanses beyond these three territories: 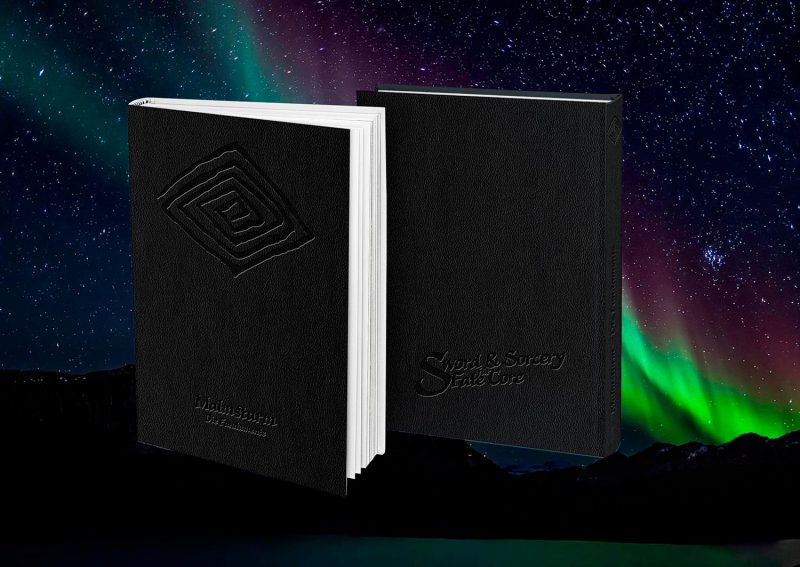 The world of Malmsturm is subject to the laws of a so-called dramatic reality: Here legends, myths and superstitions have a formative influence on reality itself – as do the desires, dreams and fears of the people. Be it those of a single person, endowed with a strong will and powerful emotions, or that of a large crowd of people, which shape their environment even with seemingly unimportant or unconscious sentiments. Thus it surprises no-one that black clouds gather above a field of battle, while a blue sky shines resplendent over a spring wedding. Likewise it is only prudent to expect thieves and murderers in ill-reputed parts of the city, whereas supernatural beings and deadly traps go without saying in forlorn ruins and tombs. It is precisely this formability of reality that gives rise to all magical traditions, whose practitioners learn to force their will and imagination upon the fabric of the world. But this does not leave reality unmarked, and sometimes reality shows signs of an all too strong manipulation – merely subtle ones in most cases, like the blue glow of a rune caster’s eyes or the explosion in an alchemist’s laboratory. But when exuberant emotions or unchained magic get utterly out of control, it may well happen that local reality collapses into pure chaos: A malmsturm becomes. This phenomenon can last an instant or eons, stretch out over a burial chamber or a whole kingdom – depending on the scale of the excessive strain on the fabric of reality. Such malmsturms may be rare – which some scholars ascribe to mysterious objects they call sphragiliths – but they are rooted deep into all cultures and peoples of this world. Only the mad don’t fear the malmsturm, as the malmsturm is the moment in which madness becomes truth.

What is Malmsturm – The Foundations?

Malmsturm already presented one of the first adaptions of the successful Fate roleplaying game with its first edition (»Malmsturm – Die Regeln« and »Malmsturm – Die Welt«). Above that, Malmsturm didn’t only bring a fantasy variant of Fate onto the market, but most of all an original setting in the realm of classic Sword & Sorcery, inspired by the themes and traditions of Heavy Metal. Now Malmsturm – The Foundations brings Malmsturm not only to the more current Fate Core system, packing a more extensive and in-depth introduction to the dramatic reality of the world of Malmsturm, and a detailed as well as intuitive and versatile magic system, but will also bring it to the international stage with a full english translation. It allows you to bring one of the many mystical traditions of the world of Malmsturm to life in the shape of a Fate Core character, it contains all necessary rules for the phenomenon of reality plunging into chaos, known as the malmsturm, as well as hundreds of new stunts for player character in Malmsturm. What Malmsturms future holds, you will see here.